Spiders are everywhere. Try as you might to avoid them, there is just no getting away from these arachnids. It is not unusual to wipe up a cobweb here or there or squish the odd spider but when more and more pop up, you’ve got an issue. Spiders spread their numbers by the hundreds, so taking back control as quickly as possible is vital to getting results. Instead of tackling these animals one by one, our experts perform a clean sweep and remove attractants that could keep them coming back.
OUR WORK PROCESS

We will meet with you to help prepare everything for treatment day!

While we may be in Canada, where deserts are few and venomous spiders are rare, these pests can often be too much to handle. Even when we look past their creepy countenance, spiders are an annoyance to home owners and business owners everywhere. Toodaloo can provide Airdrie spider control and removal at the residential, commercial, or industrial level – anywhere spiders are, we will be there.

Often, spiders are the sign of another pest infestation. In their natural environment, spiders control the populations of their prey and keep everything in balance. But in our homes and businesses, they are merely an annoyance. They will often hide in corners or in between parts of the ceiling or walls, or under furniture and other large objects where we are less likely to disturb them. Except that, all too commonly, we will reach under a bed or walk through a part of the basement or hallway and get a handul or faceful of spider web. And their webs will often either have spiders in them, or their dead or dying prey. So literally running into a mass of sticky web and bugs is, as you can imagine, an unpleasant scenario.

For the most part, spiders do not go out of their way to bite people. Some are actually unable to even if they try, because their fangs are simply too short to pierce our skin. If they can bite us, they will typically resort to that only if they feel threatened, like when they are trapped by our bodies on a bed or couch, or we directly touch and disturb them or their webs. However, there are a couple of species, such as the brown recluse or the black widow, that can be dangerous to humans and you should therefore keep an eye out for them.

If you want to catch a predator, you have to know their mannerisms and behaviours. At Toodaloo, we train our pest and wildlife control technicians on every aspect of a spider’s life and habits so that we can deal with them appropriately. 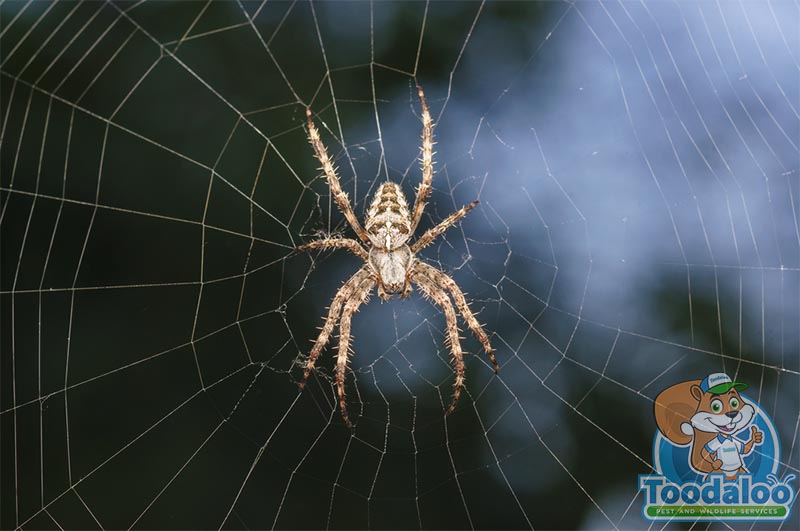 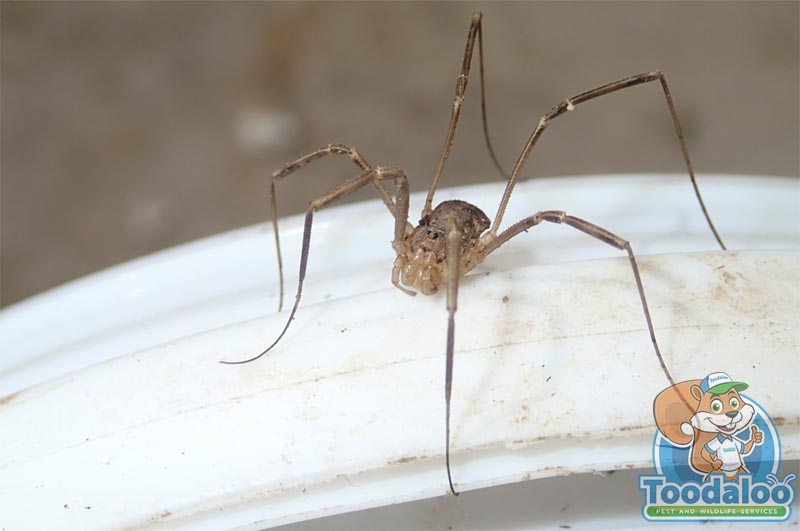 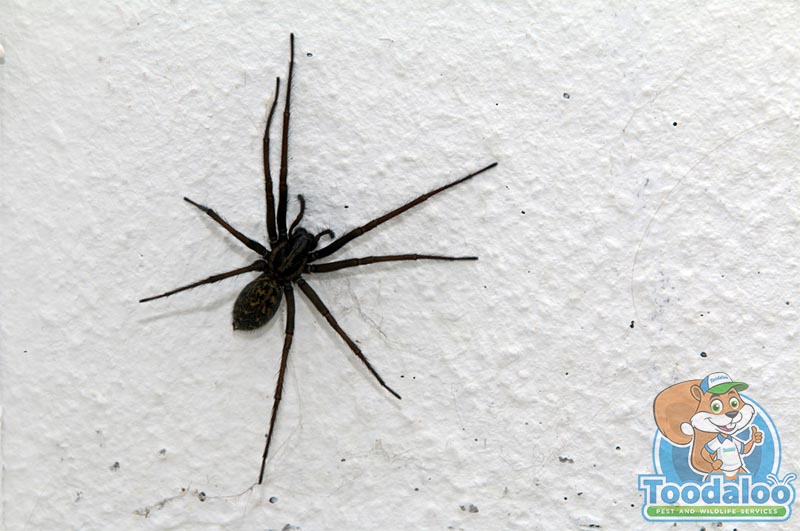 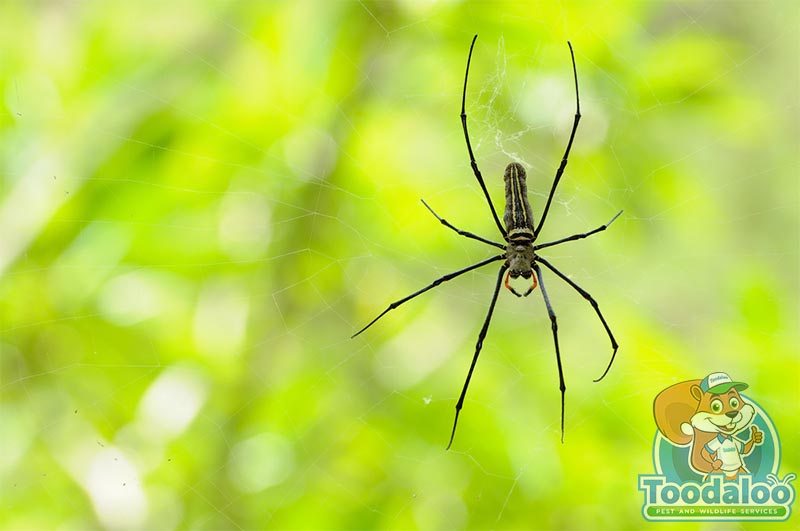 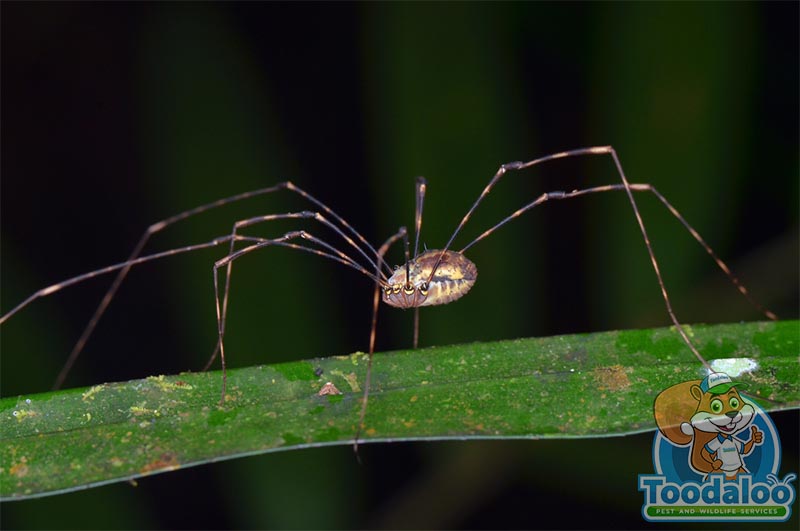 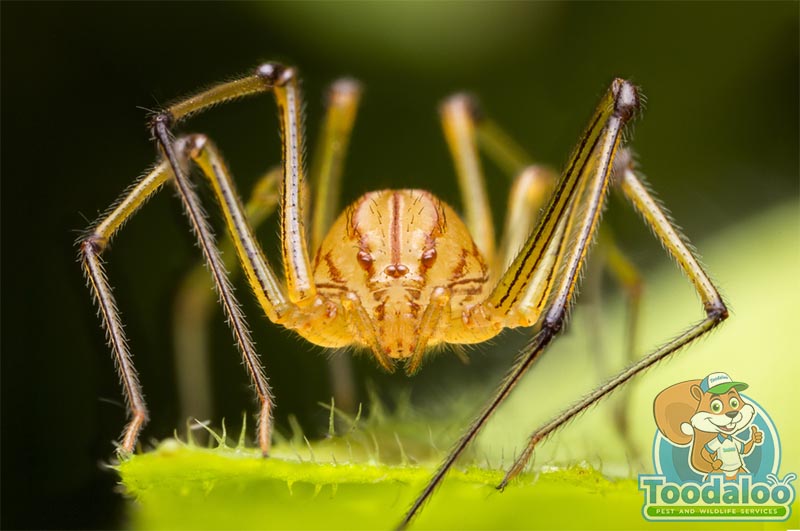 Other Airdrie Pests We Remove