How can you manage a pest that is always out of reach? Pigeons might have the advantage over Canadian property owners but our experts always get the job done. Toodaloo technicians handle your pigeon removal with an array of options - all of which are humane! Whether you are in the market for netting, spikes or visual deterrents, Toodaloo has got you covered. Say goodbye to constant cooing and unsightly droppings with a little help from the experts.
OUR WORK PROCESS

Pigeons are not an uncommon sight in our nation’s capital but just because we have become used to them doesn’t mean you should have to suffer through them. Toodaloo pest and wildlife services wants to be the first call you make for your Ottawa pigeon control and removal.

Pigeons are just about the most unappealing houseguests that you can have. In addition to having terrible bathroom habits, these track in more than a little dirt on their feet. Because pigeons have an open-ended diet which includes trash and other cast-off foodstuffs, they can collect bacteria like no other. There are no pigeon-based plagues to date, but don’t let that encourage you to go out an touch one.

Pigeons carry any number of bacteria but pest control experts are most worried about the development of serious (and sometimes life threatening) reparatory and lung disease, such as cryptococcis or histoplasmosis.

A city like Ottawa has its own issues defending itself against the pigeon menace. Some pest and rodent issues can be solved by simply removing a food source and forcing the rodents to find a new one but a city like Ottawa, this is nearly impossible. Street traffic and vendors leave a never-ending supply of food for these winged-menaces.

So how can residents and visitors defend themselves against an intruder who is so stubborn, can reach all kinds of heights and brings potentially dangerous bacteria? By calling Toodaloo pest and wildlife services and ask about our Ottawa pigeon removal. When it comes to pigeon removal, there are very few effective ways to keep them away in a permanent basis. Unlike other pests that can be directed away using chemical deterrents, pigeons respond to physical deterrents. Toodaloo technicians use physical prevention methods like strips, spikes and netting in order to keep these birds at bay.

Call today to speak with one of our Toodaloo technicians about your Ottawa pigeon removal. 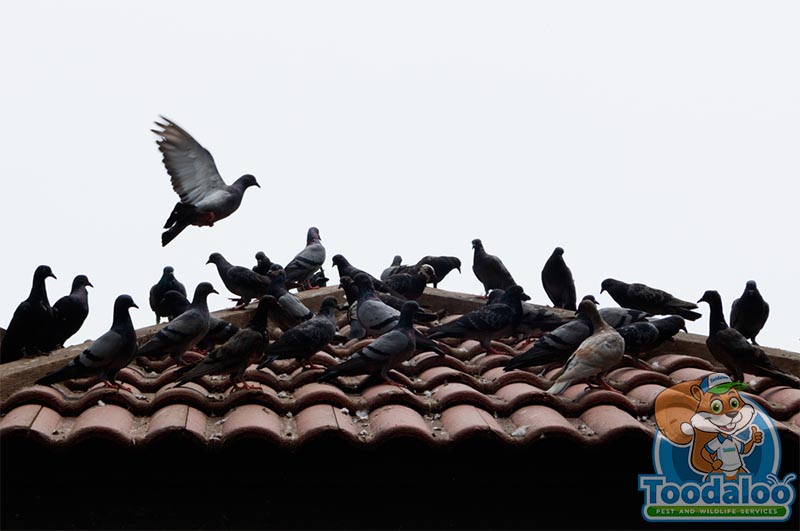 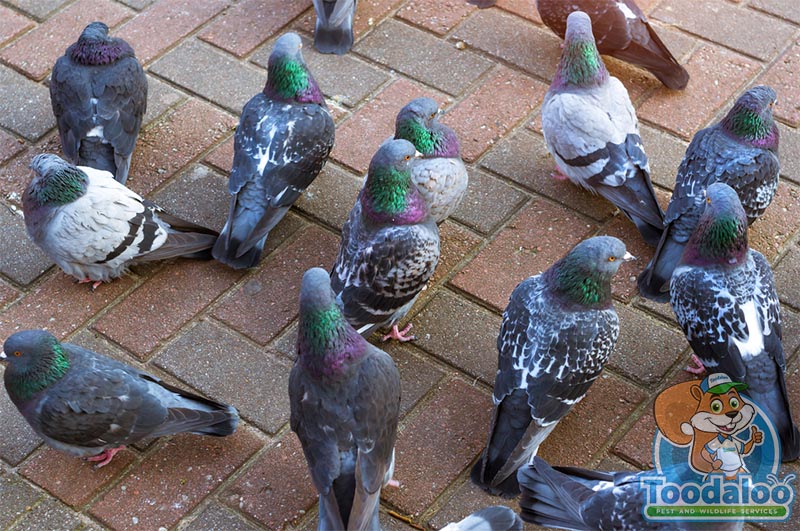 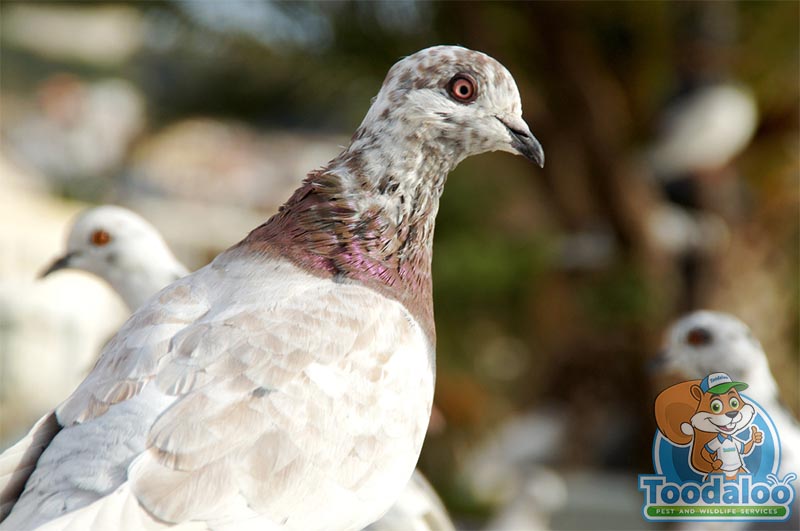 Other Ottawa Pests We Remove